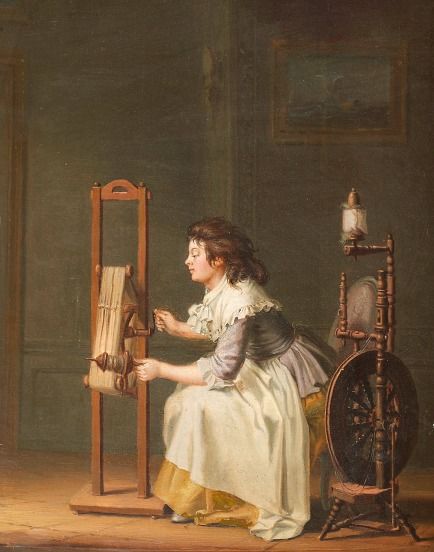 “We don’t accomplish anything in this world alone… and whatever happens is the result of the whole tapestry of one’s life and all the weavings of individual threads from one to another that creates something.”—Sandra Day O’Connor

For many years, I’ve considered layering in writing as a process much akin to that in the visual arts. A friend who teaches painting in Florence once described his battle to teach layering when his students were in a rush to get from the start to the finish. I thought then that the practice he explained paralleled the same one in writing. Substituting words and ideas for paint or whatever physical medium the artist is working in seemed to me then as the perfect way to create a rich, nuanced plot peopled with vivid, complex characters. But I realized along the tortuous path from the beginning to the end of a novel that the layers were not quite as I’d imagined them. I’d seen something reminding me of the ‘layers’ in a photoshop file, stacked like transparent colored sheets of glass you could see through to the sheets below, fully adjustable until you finally merged them together when you could no longer change them but would appreciate all of them affecting each other.

It was an intriguing idea, but one I’ve only just realized (after many years of devotion to the notion) doesn’t work for writing after all. I think that’s because the visual arts present themselves to our brains very differently than the written or imaginative ones. In fact, writing is more like weaving, the lengthwise yarns or warps merging in very individual ways with the crosswise yarns, or wefts. And you either get those yarns to associate with each other in specific ways or you get a horrid jumble totally unlike a pattern. We’ve all done that with threads in our lives, while some of us have found ways to interlace the warp and weft to create tapestries of depth and beauty. A novel’s narrative line (possibly its warp) needs many colorful combinations of characters (possibly its weft) to create that depth and richness we’re after as authors and readers.

It became obvious to me recently watching a final season of a well-written show I’d been streaming sporadically for years. It had appeared to be focused entirely on one main protagonist the show was named after, and yet it became clear to me that his life’s trajectory affected all the other characters in very particular ways I’d never paid attention to. The narrative was more of a woven fabric than a layered painting, reminding me that Sir Walter Scott chose the language of warp and weft himself when describing a plot. ‘Oh, what a tangled web…’ And following each thread from its origin to its ultimate conclusion is what the author attempts for a finished work of satisfying complexity and beauty. Appreciating the warp and weft of life in writing is one of the most satisfying ways of understanding the meaning.

2 Responses to Warp and Weft