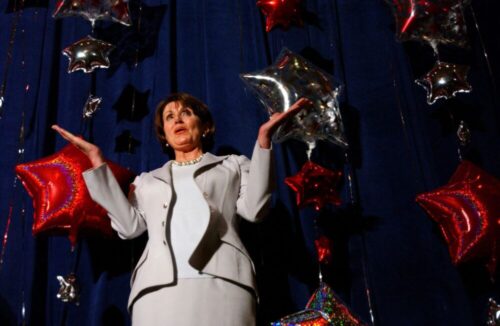 How can a word used to describe someone have such different meanings depending on the gender of the one being defined? That just proves how much discrimination there is in society’s expectations for its different members. I’ve focused on this phenomenon a lot over the past week as reams of articles were published on the amazing retiring Speaker of the House of Representatives, Nancy Pelosi. The term ‘badass’ came up more than once, suggesting a level of confidence, expertise, and skill making the Speaker unshakable, and the label fairly and honestly earned. At the same time, I well remember many men tagged the same way who people felt nothing but disgust for.  Is it a compliment or a condemnation? That seems to depend on the accepted societal role played by the individual.

I often think long and hard about the changes in the roles of minorities in our society as I do research for my historical novels. There can be no question that my last heroine, Emily Alden, was the equivalent of a Badass, though she’d never have aspired to that distinction in the mid-nineteenth century when the novels take place. Oddly enough, the character I’m researching now for my next novel, Joseph Bologne, would definitely qualify as a badass in feminine terms, but not as a man during the French Revolution. Beautifully coordinated and strong, he fit the ideal of French achievement and aristocratic good looks, and had earned many competitive titles with the sword and pistol by the time he was barely seventeen. All that was accomplished while retaining the highest level of sportsmanship and moral superiority earning him fame seldom given an adult decades his senior. And yet, almost nobody today knows his name probably because of his mulatto race. He was only allowed the same accolades given to a woman of that era, or to any other minority of the times. Is that why the implied greatness Joseph did indeed earn eluded him in the form of total anonymity in the 19th and 20th Centuries? Isn’t that exactly what happened to the priestess from Mesopotamia proven to be the first known human author? How could that honor have been given to a woman? Centuries later Virginia Woolf lamented the lost literature that clearly must have been there, but went unread thanks to the denigration of those women and minorities long ago. She suspected that the feminine literary tradition has gone unclaimed due to the required anonymity of the women who wrote—the badass women who stepped up even though it wasn’t encouraged or even permitted. And think of all the music they composed we’ll probably never hear…

What made Nancy Pelosi fit that tradition so well?  We learn it was her focus, discipline, skill acquired at the feet of great mentors, and fighting spirit (I would add), all making her a great woman leader in a culture that would applaud only great men. I’ve learned more about what that deficit does to a human soul of her strength working on my next book about another stripped of his due by a culture of color. History may have wanted them to remain anonymous, but just like the high priestess Enheduanna, and the Speaker of the House, Nancy Pelosi, my character Joseph Bologne will have his day. The Badasses always do, albeit a lot later than they ought to.